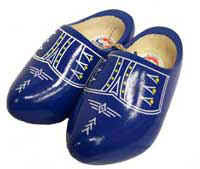 Dear Pagano,
It is good that you brought up how alternative singers like Grace Nono used our indigenous music. I had mixed feelings the first time I heard her song which included a Salidummay chorus. On the one hand, I felt flattered that an artist drew inspiration from our musical tradition and was able to popularize Salidummay way beyond the Cordilleras. On the other hand, the way she sang the Salidummay part was different from how we traditionally do it. It didn’t sound right to my ears and therefore I felt it was wrong. Maybe I am one of the “conservatives” you mentioned who do not approve of such adaptations.

But then again, would I be clapping my hands enthusiastically if she or any other artist for that matter sang “Salidummay” correctly or the way we traditionally do it? I think I still would have some reservations. My reservations about the appropriation of our indigenous culture for pop culture purposes have something to do with a) whether the artist gives recognition to his/her source and b) whether, at the end of the day, s/he gives back to the community from where s/he took the material from. In the case of Grace Nono, I think she did recognize the fact that the Salidummay chorus is from the Cordilleras, but I still haven’t heard of her giving back to the community now that she is a successful and a fairly famous musician.

By the way, “giving back” is not about giving money to people. To me the best way of giving back, at least in this instance, is helping local Igorot artists find their way in the industry. That’s why I admire the person who established Tam-awan Village in Baguio. It would be fair to say that he drew inspiration from the Cordillera/Igorot culture for his works of art. I think he acknowledged this fact. More importantly, he helped Baguio talents make a name for themselves in the art world both at the national level and internationally.

Of course, these standards of “acknowledging one’s source” and “giving back to the community” apply not only to outsiders who use our culture like Grace Nono. It also applies to our fellow Igorots who also draw upon our culture for their work or masterpiece.

By setting the above standards, are we saying that it is okay if our traditional culture becomes objects of commerce? My knee-jerk answer is, “Hell no!” But then again, on further reflection, I asked myself, “What culture is not commercialized?” Aren’t the Dutch people making a livelihood out of the wooden shoes (like the photos above) they sell to tourists? Aren’t those Swiss yodelers making money from yodeling? And surely we have those miniature jeepneys, bahay kubos, Muslim weapons being sold in Quiapo for those looking for Philippine souvenirs.

It’s good to know that Sagada now has rules about the taking of photos and video footages of indigenous rituals but, as you said, this might be an act which is just too little and too late. Whether it is really going to be implemented is another question. Of course, being hopeful does not cost us anything so I am going to be optimistic that Igorots will eventually control how our culture and traditions will be used in the future. I still have some things to say about the dangtey but this is it for now 🙂

NOTE: This was originally an email exchange between Pagano and me which we decided to post in this blog as we would like others to join in the fun. I’m sure that you have insights on this matter for, after all, the commercialization of our culture is a very broad topic and we barely touched the surface. Do join us in this conversation (via the comments section or you can email us your pieces at igorotblogger@gmail.com).