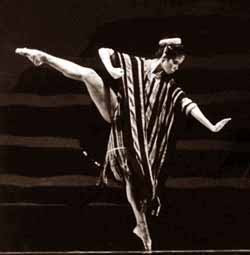 WHAT DO YOU THINK OF THIS?

The article on Banaue Coca Cola which touched upon how our indigenous Igorot culture has become an object of commerce prompted Pagano, a good friend and relative, to write me a letter. He raises very important points so I decided to post portions of his letter (with his permission of course) in this blog. We then agreed to do an ongoing conversation — by writing open letters — on this matter as the commercialization of our culture is fast becoming a critical issue and we as a people appear to have no idea on how to go about dealing with it.

You are invited to join us in this conversation either in the comments section (which we will upload to the main page if appropriate) or by email (igorotblogger@gmail.com). But first, here’s Pagano’s letter (edited and with some paragraphs omitted) to start the ball rolling:

Dear Bill,
The dragging of indigenous culture into the mainstream or commercial music industry has been going on for quite a long time now. The likes of Joey Ayala, Grace Nono, Bayang Barrios, etc. have been dishing out [indigenous] music to the public, some of which conservatives, I think, wouldn’t approve of. I, myself, feel uneasy listening to songs with the words “Ay, Ay, Salidumay” being continuously repeated or watching singers dressed in full indigenous attire.

There must be a way of presenting your cultural self without offending the sensibilities of your fellow ‘natives’. I say if it’s done right, the artist could even generate additional respect to his/her origins.

While at this commercialization of culture thing, you might find it interesting that the municipal council of Sagada has passed a resolution prohibiting the taking of video footages of the community’s cultural celebrations. The aim seems good although one might say that it could be another case of ‘too late the hero’. One need not bust his/her butt all the way up here if it’s natives s/he would want to take pictures or videos of. There are lots of Igorots for hire in Baguio who would be very glad to pose for him/her.

There are numerous instances which have ruined my belief in the integrity of our culture but foremost among these was that time when the celebration of the dangtey was performed way off-schedule just so it could be shot by some rich man. How could the elders allow such a thing to happen? How, ever, could they let what seems to be the highlight of all our traditional observances be bastardized? Kega nataitaiyan nan kaugalian tako. (It is as if someone crapped on our cultural traditions.) And the anitos? Well, they punished the transgressors by making them wealthier. Ay ngan nan. Ngan nan aped ko insulat sina? (What is this. What have I written here?) He he.

5 thoughts on “Conversations: Commercialization of Culture (1)”