We told you earlier that we will be coming up with some tidbits about this blog. Here’s a start. In this post we will share with you the interesting keywords typed in search engines (Google, Yahoo, AOL, etc) which led some visitors to this blog. Here it goes: 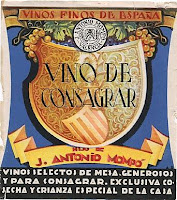 2. “How to say I love you in Ifugao.” This must have been typed by a lovesick non-Ifugao very much in love with an Ifugao. Sorry buddy, we unfortunately don’t know the answer but maybe our readers can help. Google directed the visitor to an unrelated post here. Update: Imakaiw helped us with the translation: I love you is “Pinpinhod daka” in Ifugao. Thanks Imakaiw!

3. “Starting a folk singing bar in Kiangan, Ifugao.” This is from Yahoo according to our visitor tracker but when we “yahooed” said words hindi naman lumabas itong blog. Anyway, I’m not sure if putting up a folk bar in Kiangan would be a good idea.

4. “Sagada, marijuana” Huh Sagada! The town really has a reputation as the marijuana capital of the country. Personally, we don’t have a problem with marijuana and we don’t think it is as evil as authorities paint it to be. But so long as marijuana remains illegal, do iSagadas really want to have their town’s good name closely identified with it? Related post here.

5. “Martin Nievera, Igorot“. Apparently, he has some Igorot blood in him. Frank Cimatu has a story about the singer and quotes Martin as saying: “I am an Igorot by injection.” Related comment here.

6. “Why Kalingas headhunt” and “headhunting in Sagada“. To the misinformed googlers, Kalingas and iSagadas no longer headhunt. It was a practice among Igorot/iCordillera tribes in the past but the practice has thankfully gone with the wind. The post where headhunting was mentioned is here (and this one is somewhat related).

6. “Richard Schneidewind“. In case you forgot, this man brought some Igorots in Europe to display a-la St. Louis World Fair. He then abandoned them when his venture failed. Read the post here.

7. “abrenian.com is a chicken“. We vehemently disagree with whoever googled those words. Abrenian.com is probably the liveliest Cordillera forum around and its members can be quite critical of the powers that be. That is far from being a chicken.

8. “Follow the leader,lead,leader by the soca boys”. These keywords have something to do with the controversial video of wgacusana which you can view here.

9. “Political party of Manuel Agyao”. We also don’t know. And it’s hard to care about what parties Filipino politicians belong too because they change parties as often as the administration changes. But those of you looking for info about the new Kalinga Congressman might want to read this.

10. “‘Kay Susan Tayo’ underwear“. Interesting search words, ano? We haven’t posted anything about underwears but we did blog about Kay Susan Tayo here.

That’s it for now. We hope to come up with a Part II because we still have to look at the remaining key words [about 70% of them].

UPDATE: We’re honored to be featured by the AnitoKid in his blog. You should check it out here. Thank you AnitoKid for the unexpected treat. We owe you 🙂

RELATED POST: The One Where We Turn One. IMAGE CREDIT: winegirl.