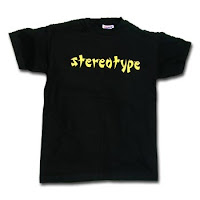 If you have not yet read the introduction to this post, you can read it here. For those who read it already, this now is the first installment of our attempt to list the stereotypes about us Igorots. For the most part, we will be getting examples of these stereotypes from media/movie portrayals. Your suggestions about other stereotypes that should be a part of this list are welcome.

1. The dirty, unkempt Igorot stereotype. We already talked about this in our posts regarding Asian Treasures (here and here).

3. The backward/uncivilized Igorot stereotype. Once again, you can see this stereotype in Asian Treasures. As we said, the people behind the show might have made a list of Igorot stereotypes and used them with alacrity (to borrow the word of one of you in the comments section).

4. The Igorot as an exotic sexual being stereotype. Interestingy, this stereotype applies to both Igorot men and women. In the case of women, movie portrayals of exotic Igorotas date back to the 1960’s with the movie Igorota. Afterwards, movies such as Ang Babae sa Ulog, Banaue, and others took the same route of portraying Igorot women as exotic sex objects.

The portrayal of Igorot men as sex objects is, I think, more recent. Michael Tan, in his article which we reprinted here, mentioned something about how Igorot loincloths are being used by macho dancers probably to make them look exotic. Machete, the movie referred to above, is another example. Also, if you visit forums about Marky Cielo you will eventually find someone drooling about Marky’s Igorot sex appeal.

5. The poor Igorot or the Igorot as victim of poverty stereotype. Or the Igorot as object of charity or largesse stereotype. So you have media entities bringing dole outs to Igorots in the boondocks. These efforts are, not unexpectedly, televised to make it appear as if TV stations like GMA-7 and ABS-CBN are the answer to the Igorot’s lack of worldly goods. There’s also this movie, Batad sa Paang Palay about an Ifugao boy who can’t afford shoes. I still have to watch the movie so I am reserving my judgment.

Reviews say that it is a good movie. What disturbs me is the fact that the boy’s ethnic background is highlighted in the movie’s promotion. Other movies about poverty such as Magnifico or Mga Munting Tinig do not highlight the ethnolinguistic background of the characters. So why is Batad being treated differently? Maybe because it conforms to the stereotypical notions that the producer/director have of Ifugaos.

8 thoughts on “You According to Stereotypes, II”