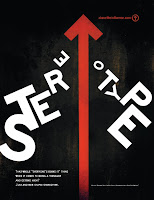 Stereotype: A standardized mental picture that is held in common by members of a group and that represents an oversimplified opinion, prejudiced attitude, or uncritical judgment. (Webster definition)

This is an attempt to list the various stereotypes about us Igorots. Since this is going to be a continuing project, please feel free to add your own suggestions about Igorot stereotypes. We will then either update this list or make another blog entry to include your suggestions.

You will probably agree that these stereotypes can be traced to our colonial history as a nation. Because they cannot conquer us, the Spaniards called us names (salvajes, infieles, etc) and painted us in a negative light. They then passed on these negative images to their colonial subjects who uncritically imbibed them. The Americans perpetrated these stereotypes and, through the system of public education, spread them out throughout the islands. They also spread these stereotypes to the world when they exhibited us in that St. Louis World Exposition.

Stereotypes do have some truths in them. Of course our ancestors were savages (they did headhunt), they ran around naked, they were unkempt, they were uneducated (if by education we mean they didn’t go to school), etc. etc. But so did the ancestors of the other ethno-linguistic groups in the Philippines. And so did the ancestors of all peoples whether they be Irish, German, Africans, Chinese, Nordic, Jewish, and many others. In other words, no people ever start out as sophisticated, educated, and civilized. We all started out as naked savages and moved on from that stage.

So like other peoples, we Igorots moved on from our past. But the stereotypes about us remain. In large part, they persist because they are mindlessly reinforced by mass media. GMA-7’s Asian Treasures is a good example. As we noted in previous posts (here and here), it is as if GMA-7 made a list of Igorot stereotypes and decided to use them all in this show and in the span of just a few episodes.

Because of mass media’s tremendous reach and influence, we will be focusing more on its stereotypical portrayal of us when we make the list of Igorot stereotypes in the next post.