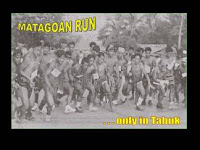 NOT SO FAST iTABUKS, YOU DON’T HAVE A CITY YET. The bill converting Tabuk into a city lapsed into law last March 30 but the whiny, bratty, clubbish, “kami lang ang may karapatang maging siyudad at sa amin lang ang revenue allotment” League of Cities in the Philippines filed a petition before the Supreme Court questioning the legality of the law. Now the iTabuks will have to wait for the SC decision before they hold a plebiscite to approve or reject Tabuk’s cityhood.

SAD. SAD. SAD. Fr. Francisco Madhu an Indonesian Catholic priest based in Lubuagan, Kalinga was killed while preparing for mass last Palm Sunday. The Kalinga-Apayao clergy has condemned the killing. The police reportedly organized a manhunt for the killers. The motive still remains a mystery to the police which, given its sorry track record in solving crimes, would have a better chance if it hires Sherlock Holmes, or the Hardy Boys, or maybe even Nancy Drew.

COMMISSIONER BRAWNER ON ABRA: “The once violence-torn province will be something to behold come the May 14 polls as we undertake steps in connection with the peaceful conduct of the elections in Abra.” Sana magdilang anghel ang ating kailiyan.

BOKOD FOLKS TO MINING FIRM: NOT SO FAST, MISTER. Residents of Barangay Bobok in Bokod, Benguet opposed a memorandum of agreement (MOA) between their local government and Magellan Metals for the conduct of a mine exploration in their village. They allege that the MOA was signed without their participation and that “the exploration would deprive them of their water needs as the proposed site is their source of water.”

TULGAO FOLKS TO GEOTHERMAL FIRM: NICE TRY, BUT WE DON’T LIKE YOU. For the second time, Tulgao residents reject a proposal to build a geothermal plant in their area. They believe that the plant would “undermine their ancestral domain and might give rise to a tribal war because of a possible boundary dispute with the adjoining barangay.”

IFUGAO SUMMER SALE. In case you would be heading to Ifugao this summer, you might want to check out the Ifugao Summer Sale in Lamut. The sale which opened last April 4 will go on until May 31. Products on display include gift wares, house wares, baskets, garments, wood carvings, loom woven items, processed foods, organic food, handicrafts, agricultural products, fish products and fruits and vegetables. You might also have the chance to taste the native produced Japanese fish called “yuyu” which are raised in the highland rice terraces of Banaue, Hungduan, Hingyon, Tinoc, Asipulo, Kiangan, Mayoyao and Aguinaldo.