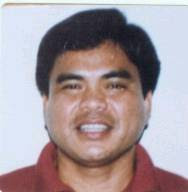 Another life lost to violence: One of the ambushers, identified as Tiwang Sabawil was killed when the mayor’s security convoy fired back. Sabawil is a resident of Bgy. Lacnog in Tabuk City and is believed to be a member of the Butbut tribe. Read The Voice of Kalinga for an account on how the police tried but failed to recover his body.

This ambush is widely believed to be in retaliation for the deadly demolition of “squatters” which we earlier blogged about (here and here).

The Inquirer quotes Cordillera Regional Police Director Raul Gonzales: “Ito ay pagganti kay mayor dahil sa demolition [This is revenge on the mayor because of the demolition]. We don’t see any other motive.”

The Philippine Star has an account of the ambush:

The Dela Cruzes and their three wards were aboard a Hyundai Starex van on a convoy with a policemen Wednesday noon when unidentified gunmen waylaid them in Barangay Liwan, also in Rizal.

The Dela Cruzes according to Tabuk City Mayor Camilo Lammawin were going home at around 12:30 p.m. Wednesday coming from a meeting in continuing efforts to resolve the 54-year-old former Madrigal Estate land dispute that resulted in a bloody carnage on June 25 when the ambushers opened fire. Policemen were able to return fire killing one of the supposed attackers.

More from the Philippine Star:

Police authorities dismissed any involvement of the Lejo Cawilan Command of the NPA in Kalinga who earlier blamed the former mayor and his son for allegedly manipulating local laws in favor of the demolition of the “squatters”.

NPA rebels also claimed that the Dela Cruz clan have vested interests in the lands while a supposed area were also offered by the Dela Cruz family to the San Miguel Corp. for a cassava and Bt corn plantation.

The former mayor belied the NPA’s claim and even the DAR-Cordillera vouched that the Dela Cruzes have no interests in the former Madrigal Estate.

The former mayor, in an effort to implement the SC decision, initiated efforts during his administration to demolish illegal occupants although he admitted that the tribal peoples there were also victims of these “land speculators” who took advantage of their innocence.

Here’s a collection of links for those of you following this story:
Sunstar: Overkill in conduct of June 25 demolition, according to Hustisya Northern Luzon.

Bulatlat: Government inter-agency task force revived to root out the problem. The task force is headed by Governor Floydelia Diasen.

PIA: The Kalinga provincial government creates Task Force Malapiat to: 1) determine why the settlers put up arms against the law enforcers; 2) investigate the existence of settlers in the area; 3) probe if there was proper implementation of the Municipal Ordinance No. 2005-005 of Rizal, Kalinga; 4) determine why settlers are maintaining firearms in their houses; and 5) to perform other functions deemed necessary to solve the case.