We have not been following the nursing scandal but one of our commenters (Harold M.) alerted us to the fact that lawyer Cheryl Daytec-Yangot, a native of Besao, Mt. Province, is very much in the midst of this unfolding story.

This got us intrigued so we followed the news and eventually decided to blog about it. From the very start, we’d like to make it clear that Cheryl and her companions who exposed the leakage of exam questions during the June 2006 nursing board are the good guys in this sordid affair.

Who are the bad guys? One, those who leaked the questions and profited from it. Two, the powers-that-be at the Professional Regulation Commission (PRC) who ignored Cheryl and company* when it was convenient for them to do so.

What struck me most about this scandal is how the mess could have been avoided if those arrogant PRC officials only listened to Cheryl and company. Now that their dirt blew up in their faces, I’m sure that these PRC bureaucrats are regretting the days when they were so dismissive of the complainants.

As early as June, when they learned of the leakage, Cheryl and company asked the PRC to investigate the matter. Unfortunately, they were ignored. They filed a formal complaint which was ignored supposedly because it was not under oath. When the complaint was made under oath, it was still ignored.

The complainants also asked for the suspension of the members of the Board of Nursing responsible for the leakage. But they were ignored. They also requested for a meeting with the PRC Chair but this person ignored them. Finally, the complainants requested the PRC to defer the release of the exam results and to release it only after an independent investigation was concluded. But They Were Ignored.

PRC went ahead and released the results. Then everything blew up on PRC’s face. Some hospitals declared that they won’t hire nurses who took and supposedly passed the June exam. Not surprisingly, questions on the integrity of the exam were raised in countries that hire Filipino nurses. And the US National Council Licensure Examination scrapped its plan to hold exams in the Philippines.

In other places, whistleblowers are commended for their courage. But this being the Philippines, it didn’t take long before some morons started blaming Cheryl and company for the mess they didn’t make but actually tried to fix. 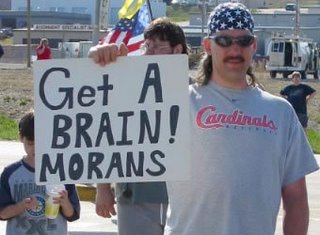 OUR MESSAGE TO CRITICS OF CHERYL AND CO.

Cheryl is married to acting Baguio Vice Mayor Leandro Yangot Jr., who was among the seven bar examinees who asked the Supreme Court to nullify the test on mercantile law in the 2003 bar examination following a leak in mercantile exam questions. Source: Inquirer report by Vincent Cabreza.

Another person emailed Cheryl with this clueless message: “Right at the start, your stand was for [a retake]—even when it was not too late for the PRC to act against the examiners and others involved. Why did you not recommend ways that will avoid a retake?”

Geeze. Is there no justice in this world? Cheryl and her group have been making sensible recommendations to the PRC which the PRC folks just brushed aside. And yet, here she is being blamed for not coming up with suggestions.

We would not fault Cheryl if she comes to the conclusion that this country is hopeless, immediately pack her bags, and migrate to New Zealand or Canada. Message to Cheryl: Don’t go to the United States it is ruled by another clueless moron and a war mongering one at that.

But let’s get back on track. Thankfully, Cheryl and company are not made of marshmallows and are not easily scared by hate-mailers. They can’t be bought either, as one of those implicated in leaking the exam who tried to bribe them soon realized.

Anyway, after reading numerous news reports, the conclusion that we can make about Cheryl is that she is a classic iBesao. She is a straight talker and is very quotable. So let’s give her the last words in this sordid affair:

“It’s like the sinner forgiving his own sin.”— On the PRC ‘investigation’ which concluded that there was no exam leakage.

“Your honor, I would not say that there are attempts to cover up, they’re covering up. They’re not just attempting.” — When asked by Senator Rodolfo Biazon during a Senate hearing if the PRC attempted to cover up the scandal

You go girl! From the Boondocks is mighty proud of you!

*****
*The other good guys in this story include: co-counsel Atty. Kissack Gabaen, complainant Rachel Cyndi Erfe, SLU Nursing Dean Dr. Mary Grace Lacanaria, Dean Ruth Thelma Tingda, Norenia Dao-ayen, and Dr. Erlinda Palaganas. We are sure there are other good guys whose names we haven’t come across yet. You know who you are and we also salute you for doing the right thing.

One thought on “In the news: Cheryl Daytec-Yangot”