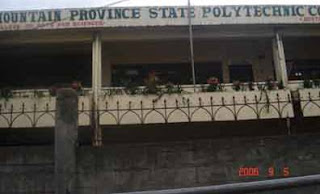 We don’t want to spend our time criticizing the Honorable Representative of Mt. Province, Congressman Victor Dominguez because 1) he is getting old in years and 2) to be honest, we also admit that we grudgingly respect his achievements as a politician.

To have maintained a long political career — spanning from the 70s (?) to the 2ks — speaks of his ability to harness whatever political tools there are that one needs to remain in power or to win in the game of politics.

His strategies have not been good for the province but, if you are a political geek, you have to give him credit for his political adroitness. We’d like to be clear though that just because we say that we respect the Congressman’s political skills, does not mean that we are taking back what we said about him here and here.

Anyway, because we don’t want to be seen as “wala ng ginawa kundi mag-criticize”, we are glad to keep our mouths shut on the latest developments in Mt. Province particularly the Congressman’s latest actions regarding “his” pork-barrel funded educational program.

However, we hope you read Pagano’s blog because he wrote a very incisive post on the matter. Mountainprovince.net also has an article on this burning issue. You should also visit Freedom Lyric, one of our newest siblings in the blogosphere, because he/she uploaded the various letters written by the Congressman on this topic.

Finally, we are reprinting an article by Dexter See originally published at the Northern Philippine Times Blog. Thanks to Gina Dizon for giving us permission to reprint said article.

Mt. Province solon halts college fund to studes
By Dexter See
BONTOC, Mountain Province – Disgusted by criticisms, Rep. Victor S. Dominguez has ordered the suspension of the full scholarship grant enjoyed by over 5,000 students at the Mountain Province State Polytechnic College here due to issues being raised by disgruntled individuals.

In a letter sent to Dr. Nieves A Dacyon, MPSPC president, Dominguez said the situation forced him to withdraw his sponsorship of the program of the students.

“Our voluntary desire to help everybody has been after all not appreciated by many with the conviction that even without this representation, those privileges will be forthcoming,” the lawmaker stated in a letter he sent to beneficiaries of the program.

But Dominguez called on parents and students “who believe in the true intention of the scholarship program” to submit to his office, though the office of the school president, their signed joint application for the program on or before Oct. 30.

This would allow the screening committee to determine who deserved the benefit of the full scholarship program, in the next semester.

The MPSPC’s full scholarship program, the first of its kind in the country, has been envisioned by Dominguez to provide quality education to the youth and enable them to be productive citizens of the country.

In the past two years, the lawmaker has been allocating P7 million from his priority development assistance fund for the scholarship program.

Another P3 million was provided by the National Commission on Indigenous Peoples for the program.

Dominguez challenged the parents and students “who believe in the lies of the leaders of oppositors to the programs” to go to the critics and demand for funds for the educational assistance to them.

He said this semester, they can no longer avail themselves of the program because he has already withdrawn his sponsorship.

Dacyon appealed to critics of the congressman to spare the scholarship program from their campaign against the lawmaker because the intention of the educational assistance was to provide a decent education to the youth.

Note: We are not being mean for using the initials of the Honorable Congressman in our title. The fact of the matter is that we are only following his example. What do we mean? If you go up the road going to either Maligcong or Guinaang and look down towards the Bontoc Plaza, you will see two buildings funded by the Congressman’s pork barrel below the plaza: one building is shaped like the letter V while the other one is shaped like the letter D. Because these buildings are beside each other, you can read them as VD.

Hey, fellow iFontoks, en-isend kayo man si photographic evidence of the V and D buildings so our friends who’ve not seen them will not say that we are making this up 🙂

RELATED: Are Your Politicians Too Powerful For Your Own Good; A Tale of Two Politicians. INFO CREDIT: Northern Philippine Times. PHOTO CREDIT: Batch 2006.