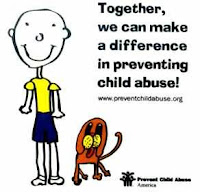 The latest news on child abuse emerging from the boondocks is the conviction of an American missionary in Benguet who, according to the findings of the court, molested a 12 year old boy.

Lest we delude ourselves into thinking that “the others” or “outsiders” or “they” are the only ones committing offenses against children, studies actually show that most child abusers are people close to the victim.

THE Court of Appeals (CA) has affirmed the conviction of an American missionary doing religious work in Benguet for allegedly molesting a 12-year-old retardate boy.

In a decision penned by Associate Justice Lucenito Tagle, the CA 15th Division denied the appeal made by Keery O’Brien to reverse the July 31, 2005 decision of the Regional Trial Court (RTC) of La Trinidad, Benguet finding him guilty for at least five out of 11 counts of acts of lasciviousness.

The trial court sentenced him to suffer reclusion perpetua or a maximum of 40 years in jail for each count and to pay the total amount of P250,000 as moral damages.

The CA said O’Brien failed to present sufficient evidence to counter the prosecution’s claim that he willfully took advantage of a 12-year-old boy, whose mental age was only six, by engaging in lascivious acts through coercion and intimidation.

The appellate court gave merit to the direct testimony of the victim, who positively identified O’Brien as his abuser. His testimony was corroborated by his brothers.

“The testimony of a child victim deserves full faith and credit. Undoubtedly, appellant (O’Brien) exploited the victim by giving him money and things to lure him to come back. The fact that the victim is a retardate does not disqualify him as a witness nor render his testimony bereft of truth,” the CA said.

In his appeal, O’Brien, who has a Filipino common-law-wife and daughter, insisted that the case against him should have been dismissed considering that the complainant could not even recall the date and time that he allegedly molested him.

The missionary also accused the mother of his victim of trying to extort money from him by filing the complaint.

He noted that his acquittal in the six other cases of acts of lasciviousness only showed the insufficiency of the prosecution’s evidence against him.

Based on the records of the case, O’Brien helps and assists children in Tuding, Benguet and Baguio City by providing them with food, clothing, toys, school supplies and sometimes in collaboration with health foundations.

O’Brien admitted that he allowed children to go in and out of his house to play computer, watch television and read some books. Among those frequenting O’Brien’s house was the victim and his brothers, who were among the prosecution witnesses.

The missionary said he was surprised to find out that he had been charged with 11 counts of violation of Article 336 of the Revised Penal Code in relation to Article II, Section 5 (b) of Republic Act (RA) 7610, (Special Protection of Children Against Abuse, Exploitation and Discrimination Act).

But the court gave merit to the argument of the prosecution that the acts of lasciviousness can be committed in most unlikely places “for lust is no respecter of time and place.”

“The evidence adduced by the prosecution overwhelmingly established beyond reasonable doubt the five counts of acts of lasciviousness committed by the appellant. All the elements of the crime of act of lasciviousness are present in the case at bar,” the court said.

5 thoughts on “Child Abusers in Our Midst”