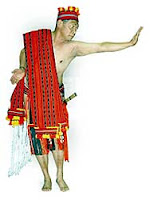 It is heartening to note that our kailiyan, Commissioner Romeo Brawner, is no administration lap dog. In case you read our earlier blog entries about him [here and here], you would know that Brawner is the former head of the Court of Appeals (CA) who was appointed to the Commission on Elections (COMELEC) soon after he retired from the CA. During the short span of time that he has served with the COMELEC, Brawner has earned a reputation as a “highly independent” commissioner. He is now also known as the COMELEC’s “great dissenter”.

Our kailiyan apparently earned his reputation “through his votes on cases that do not favor administration allies.” [Source: Newsbreak Magazine, click link for full story.]

In countries where elections are clean and credible, having a “highly independent” election commissioner would not be newsworthy because it is a given or a matter of fact that said officials are independent. Sadly, in the previous elections, The Female Version of Gollum (TFVOG) appointed commissioners (“Hello Garci”) who facilitated her cheating. The result? She, of course, won but we now have a COMELEC that is not trusted by Filipinos at all.

Commissioner Brawner, and other independent-minded commissioners, have a hard task ahead of them in restoring public trust for the COMELEC. I guess the only way to do that is to ensure that the coming elections are clean and credible. It would also help if the Commissioners realize that they should be independent from those who appointed them. Thankfully, our kailiyan in the COMELEC appears to be doing the right thing by not blindly rubber-stamping the wishes of the administration. Ganyan dapat, may backbone.

We hope we can say the same thing for politicians from our region (particularly those based in Manila) who seem to have lost their spines and who are nothing but presidential gofers and factotums. Kumo parating pumupunta si Gloria sa Cordillera, eh atat na atat naman ang ating politicians to be at her beck and call. Where’s your Igorot backbones you politicians you?