We have now reached the sixth installment of our listing of Igorot achievers. The earlier installments can be found in the following links — Part 1, Part 2, Part 3, Part 4, Part 5. Then we have a clarificatory article on “The List” here. 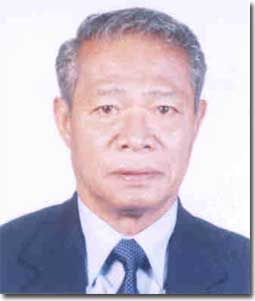 2. Presiding Justice/COMELEC Commissioner. Before he retired from the bench last September 2005, Justice Romeo Brawner was the top official of the country’s second highest court, the Court of Appeals. Unlike other retirees however, Justice Brawner never had an opportunity to relax since he was sworn in as Commissioner of the Commission on Elections the day following his retirement. More about Brawner here

3. Member of the Philippine Everest Team. Levi Nayahangan is one of the members of the first-ever group of Filipinos that scaled in 2006. Nope, he didn’t reach the summit but their group is planning another expedition in 2007 where all of them will be ascending to the very top. Frank Cimatu reports that Levi will bring something from Ifugao when he conquers the highest mountain. More about Nayahangan here.

4. She’s not just a small voice. In 1980, the United Nations launched a song writing competition and asked children from all over the world to submit lyrics and poems on the subject of peace. Of the more than one million entries coming from 57 countries, the entry of 13-year-old Odina Batnag stood out. As part of her prize, Odina was flown to to attend a concert where her entry “I Am But A Small Voice” was performed for the very first time. More here.

5. World-class karateka. Julian Chees has won several karate world titles but he was representing , his wife’s native land, where he is known as the “kleine Philipino”. Read more about Julian in this report by Vincent Cabreza.