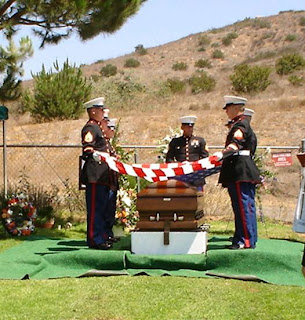 Michael being laid to rest next to his younger brother, Vincent. Off camera, a Marine Officer reads a summation of Michael’s commendation and awards him the Purple Heart. 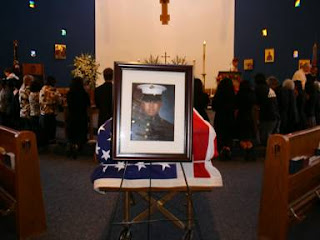 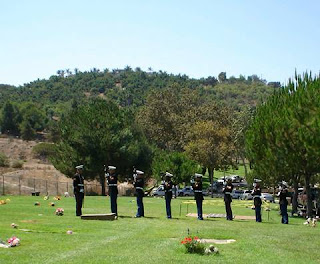 Marine Honor Guards perform a gun salute in honor of a comrade.

More from Trublue in the comments:
Mario Bansen’s rendition of the classic song “You’ll Never Walk Alone” during the mass was quite moving and impressive, better than Elvis, and I kid you not as Anito Kid would say.

From what I’ve heard, the Wednesday and Thursday vigils were also used to read all the comments made in your blog and other blogs which came from friends, relatives, and all those anonymous ones who expressed their condolences and sympathies.

***
Thanks Trublue for sharing your photos and stories with us.