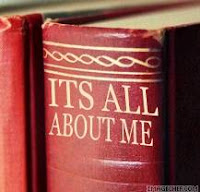 So JMom, a fellow Igorot blogger based in North Carolina, tagged me to tell you eight random facts about myself. I’m not sure if you would be interested in these facts but a tag is almost like the voice of God which should not be ignored. (Of course, if the voice is actually the voice of Anglican Archbishop Akinola who is 100% certainly, definitely, absolutely sure that he is the voice of God then it is best to run away as fast as possible.) Thanks JMom, I liked doing this because it is a good break from all the newsy or serious stuff that we often publish here.

Anyway, here are the rules (copied from JMom) for those tagged to do this meme:

Now here are the random facts about me:

1. I am a copycat. According to a friend from the left, Bill Bilig was originally used by Ignacio Capegsan as his nom-de-guerre when he represented the Cordillera Peoples Democratic Front in the 1987 peace talks. The original Bill Bilig ranked as high as number three in the Communist Party of the Philippines (CPP) hierarchy. Unfortunately, he passed away last year of a heart attack. We should do a post about the original Bill Bilig these coming days to recognize his achievements.

2. I don’t like noisy neighbors. I am okay with neighbors who have noisy kids because kids have a right to be noisy but I can’t tolerate adults who have really loud radio/stereo/television sets.

3. I actually don’t understand the meaning of the word “meme”. (But I am pretending that I do. He he.) I’m thinking that said word can only come up in the Age of Paris Hilton (the model of the me me me generation) but maybe I’m wrong.

4. Like most Filipinos, I would say that I am a polyglot. My first language is Kankanaey, then I learned English and Tagalog in school. Afterwards, I learned to speak Ilokano in Tabuk. My apologies if I sometimes mixed all these languages in one sentence. I guess that was me showing off my language skills.

5. Like most Igorots, I’m sometimes mistaken for Chinese/Korean/Japanese because of my eyes. Basta sabi ng iba, chinito daw ako.

6. My dream is to climb Mt. Pulag someday.

7. My favorite authors are John Steinbeck and F. Sionil Jose.

Now, it’s my turn to tag you: Jean of Ivadoy Country; Edwin of Kamote Kyu; Layad; Cliff in the City; Bangued Online; Bugan of Mountain Breeze; and finally, Trublue (who can do the meme in the comments and we will upload it in the main page, I hope it’s okay with you).

Remember my tagged friends that a tag is almost like the voice of God. If you don’t do this meme, the universe will explode.

Then you will feel guilty because you didn’t do your part in saving the universe. Then because you didn’t complete your obligation you will go to purgatory. Then your relatives will have to offer indulgences to get you out of purgatory (according to Jose Rizal). Then while you are sitting in purgatory you will realize that this paragraph makes no sense.

Then you are sent back to earth to spank Bill Bilig (the copycat) because if the universe exploded then everyone should have exploded with it and no one should be worrying about indulgences. Then you spanked Bill Bilig for his nonsense and also for making fun of a man of God, i.e. Archbishop Akinola. And then he suddenly spoke in tongues.

UPDATE: The proof that Bill’s eyes are chinky [no intent to cause offense by the use of this word].

The top image was taken years and years ago. The lower one is from a more recent photo. Although I feel like a tease, I’m not going to post a whole face pic kasi baka huntingin ako hehe.

RELATED POST: The One Where I Say Things About Myself.

13 thoughts on “Random Facts About Me”