What? Sagada is Not Unique?

Hey you Sagada people who think that your town is unique, here’s a message for you: Sagada is not unique. Yes, you can brag about your caves, rocks, hanging coffins, underground rivers (with no water sometimes), sinking rice terraces, Balugan tomatoes, Antadao persimmons, and Pidlisan coffee but, I repeat, Sagada is not unique.

Before people from Kalinga, Bontoc, and Tabuk gloat and look down on poor Sagada for not being unique, here’s also a message for you: Your place is also not unique. Of course, no one in his or her right mind would ever say that , Cordillera, and Abra are unique. For the record, La-Trinidad is also not unique.

Okay, before readers coming from those places protest violently, let me backtrack a bit. In saying that your places are not unique, I am referring to the names of your town/province but not to the place itself.

Of course, in the real sense, Sagada is one of a kind in the entire world and hence, it is unique. And so is Kalinga, and Bontoc, and Tabuk, and even La-Trinidad (where my boxing idol Rey Tam lives). But there are other places in the world that also go by the name of Sagada, Kalinga, Bontoc, and Tabuk. I’m not one hundred percent sure about La-Trinidad but it is such a common name so I’m assuming that there are also other places in the world called La-Trinidad.

Anyway, I was searching for some Kalinga pictures and these pictures popped out of Google. 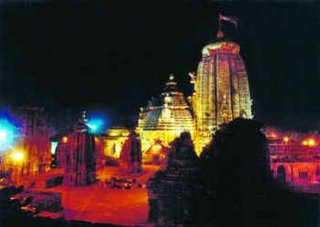 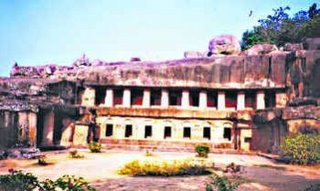 Photos of palaces/temples of the former kingdom of Kalinga courtesy of The Hindu. 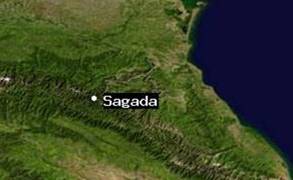 What about Sagada? Interestingly, there is also a town called Sagada (population, 1596) in which is a part of . It is also mountainous but is higher in elevation than by 986 feet. The people there are also indigenous peoples (well, they are not Russians); they are called Didos and they speak Dido. (The Google satellite image above is of Sagada in Dagestan, Russia courtesy of this site.)

Like , Sagada in has also been the site of armed encounters between government and rebel forces. Uncanny, huh? Same name, somewhat similar events. Click here and here. Although Sagada in Dagestan beats Sagada, Mt. Provinve in terms of height, the latter is much more popular than its Dagestan namesake. That’s according to Google results so don’t say I’m biased.

Meanwhile, our good friends in Tabuk, Kalinga have long been dreaming (since the 1990s) that their town be converted into a city. So far their dreams are still dreams. Don’t ask me why. Maybe them officials still haven’t gotten their acts together. Anyway, I just sent an email to one of my Tabuk friends saying that if he really wants to live in a city called Tabuk, he should apply for a job in . This is what he would see if he goes there. I’ve added a map of the Middle East which shows us where the city is located. 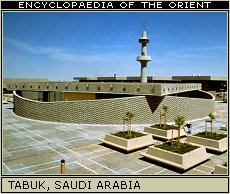 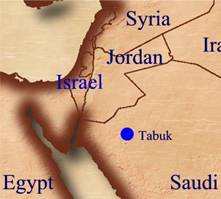 As for Bontoc, well you don’t have to go abroad to see another Bontoc. You can just to Bontoc, Southern where you can party above the sea to your heart’s content (see picture below courtesy of this site). Who knows, you might even see our ancient warships BRP Kalinga Apayao and BRP Benguet guarding the Philippine sealanes. 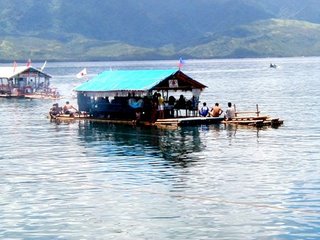 Because I ran out of time, I temporarily concede that maybe , Benguet, Apayao, and Ifugao are unique. But maybe some of you know of other places in the world that bear those names.

Bontoc, Kalinga, Lighter Side of Things, Outside Cordi, Sagada

8 responses to “What? Sagada is Not Unique?”