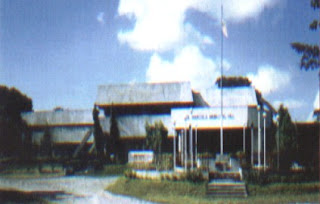 Here’s an interesting story on how Santa Marcela, Apayao got its name. This story is taken from the town’s website (stamarcela.gov.ph). Sta. Marcela is reportedly the youngest and the smallest municipality of .

HOW STA. MARCELA GOT ITS NAME: Long time ago, an old woman lived in the heavily forested hilly eastern side of the municipality of Luna, Mt. Province, now Luna, Apayao Province, along the boundary between Luna and Allacapan, Cagayan. She was considered mysterious as no one among the inhabitants of the place knew where she came from. Hunters were surprised to find her one day living in a hut beneath a giant tree. Since then, she subsequently made acquaintances and established good relationships among the populace of her surroundings.

The lady’s name was Marcela. Except for her first name, no other information was known about her identity. She was polite and approachable but becomes aloof whenever people tried to know more about her personal circumstances. She was never married. She was outstandingly beautiful and gifted with an excellent wisdom which instantly earned her the respect of the tribes nearby who consulted her on problems that they could not solve themselves. These tribal chieftains were never disappointed and they always went home satisfied.

A story about her wisdom which survived the changing modes of passing generation runs this way: “One day, two cattle rustling suspects were presented to Marcela by the chieftain of the Ilocano tribe. Investigations showed that pools of blood possibly from the lost carabao of a man named Elias were found near the house of a man named Anton (1st suspect ) while the head and hind legs of the lost carabao were found behind the house of Ensiong (2nd suspect ).

“Despite efforts made in convincing these suspects to plead guilty, Anton and Ensiong stood firm that they were innocent. Marcela gave them candles, told them to go home and have the candles remain lighted the whole night. She told them to come back the following morning and bring with them the candles. The one whose candle would not last till morning shall be the rustler and the other shall be pronounced innocent.

“Anton and Ensiong returned the following morning. Anton presented his remaining candle (about three inches long) and said that God spared the innocent. Ensiong was sad and nervous having not a bit left of his candle but he also claimed to be innocent. Marcela ruled that the candles she gave the two could not have lasted till morning unless the light was put off and re-lighted at dawn. Only thieves play the game of deception and therefore Anton was pronounced guilty. Verdict was proven right when Anton confessed and prayed for forgiveness.”

Marcela was said to have lived in that place for seventy five summers. But one beautiful summer day, hunters saw her disappear. She was much cherished by the people and rare were the occasions where her name and deeds were not mentioned.

Time passed and when the place was separated to become a barrio it was named Marcela. In 1967, when this municipality was created the founders likewise named it Sta. Marcela in honor of the legendary woman that the town’s inhabitants loved so much.

Isn’t it refreshing to have a Cordillera town named by its own people and not by a Spaniard/American traveler who, if folk stories are true, names a place after an encounter with a local who misunderstood his question.

Typically, the story goes like this: A foreigner asks the local the name of the place. The local thought that the foreigner was asking him about the object s/he was holding and so s/he names the object. Then the foreigner writes down the answer thinking that his question was answered. It’s a very undignified way of getting a name ha ha. So if gold medals are awarded for the most interesting manner a town is named, we should give the medal to Sta. Marcela.