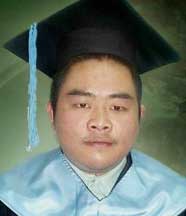 3-4. Wushu medalists. Edward Folayang and Rexel Nganhayna have been representing the Philippines in different wushu competitions and both have bagged several medals for the country. So far, Folayang has won two Southeast Asian (SEA) Games gold medals, an Asian Games bronze medal, and another bronze in the World Wushu Championships. For his part, Nganhayna has an Asian Games silver, a bronze from the World Championships, and one silver and one bronze from the SEA Games. (Note: This list of medals may not be complete, I’m still working on a compilation from more reliable sources.)

6. He made it to Who’s Who. Mandy Dornagon, is an Igorot lawyer in the who was profiled in Who’s Who, “the leading biographical reference publisher of the highest achievers from the and around the world.” As an immigration lawyer, Dornagon represents employers seeking to sponsor Filipino professionals. Hmmm, I wonder if an employer is looking for a blogger like yours truly. Want more info on Dornagon? Visit his Who’s Who page here or visit his website.

7. Rebel spokesperson. Since we are not privy to the secrets of the Communist Party of the , we do not know how far Igorots have risen in the rebel hierarchy. But if press reports are reliable then Simon Naogsan, spokesperson of Cordillera rebels, is somewhere near/at the top of the ladder. As spokesman, Naogsan has mastered the art of issuing press releases which, as is often the case with leftist literature, can be quite taxing to read. Need proof? Read an example here. Meanwhile, let’s send a friendly advice to Ka Filiw: Want to preach beyond the converted? Don’t overuse the thesaurus.

8. Distinguished academic. Professor Andrew Bacdayan is a three time awardee (2001, 1996, 1991) of the prestigious McGraw Hill-Irwin Distinguished Paper Award given by the Southwestern Society of Economists. Bacdayan teaches economics at in . He is also the director of said university’s College of Business Center for Economic Education. Read more about him here and here. 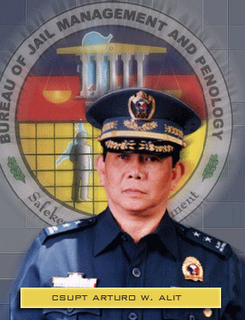 1. Director Arturo Alit. Heard from someone that Director Alit, the former head of the Bureau of Jail Management and Penology, is from Natonin, . If the tip is confirmed, we will elevate him to The List. More about Diretor Alit here.

2. Ray Bugnosen. Bugnosen is an Igorot indigenous name but we still have to check whether Ray Bugnosen, former American Dance Rhythm Champion and founder of Ballroom Dance Company, is one of us. You can read more about him here.

3. Jouvilet Chilem. Her name sounds Ifontok to me, but I’m not sure if she is really Ifontok or Igorot for that matter. Anyway, Jouvilet is a Baguio-based boxer who won a gold medal in the 2005 SEA Games.

Oops we did it again. Well, we made another mistake as to who is the first Igorot mayor of . After more research, it turns out that the one who deserves the title is Jose “Pepe” Cariño who was appointed mayor from 1946 to 1950. Pepe Cariño belongs to the prominent Cariño clan. (Source here.) Other Cariños who made it to our FTB List are: Mateo Carino who won his land case against the government (in Part 2) and activist-turned-rebel Jennifer Cariño (in Part 5). Well, we hope that this is the last time we will be making a correction on this matter.