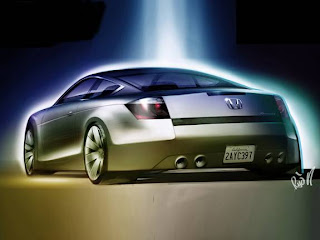 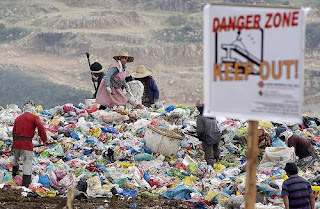 Update 2: Thanks to all of your comments. Here’s our favorite from Nats Dalanao: “Next naman na project nila is to build a first class hotel inside the city hall exclusively for them!!” Hehe, oo nga naman. Apologies for not responding to your comments individually, daming hinahabol na trabaho eh.

Thanks too to Anonymous 4:41 for pointing out that the quote “What are we in power for?” should be attributed to Senator Jose Avelino. We mistakenly thought that Senator Ernesto Maceda was the one who said it. Anyways, because of his sleaziness, Maceda was once described by then Manila Mayor as “so young, and so corrupt”. Sana walang “so young and so corrupt” sa Baguio ano? At sa buong Cordillera na rin.

Update: As pointed out by Wil Reyes in the comments, not all Baguio City councilors favored this wasteful purchase of cars. Councilor Antonio Tabora Jr. voted against the ordinance while Vice mayor Daniel Fariñas is quoted to have said that the city “needs more garbage trucks and sanitary landfill as priority, rather than cars”. Kudos to you sirs!

There’s also a discussion on this issue at Jack Cariño’s blog.

***
The honorable members of the Baguio City Council have just voted to spend P20 million to buy cars for themselves. Yup. You read that right. They are going to buy 16 cars — one for each of the 14 councilors, one for the vice mayor, and another for the mayor. Read the story here and gnash your teeth.

Why they need those cars is beyond me. It’s not like they need a car to visit their constituents; Baguio is such a small city with a more than sufficient public transport system so one doesn’t need a car to get around.

Maybe they will use the cars to collect Baguio’s world famous garbage? Nah, a garbage truck would be more fitting for that purpose. But don’t they need cars to carry sick constituents to the hospital? If that is the reason then why not just buy ambulances for the Baguio General Hospital?

Anyways, methinks the only reason they are buying cars for themselves is really because they want to show off. You know, gusto nilang magpa-impress.

But, boy, if you are going to show off, use your own money. In a country where most of the people are poor, public funds should not be used for luxury purchases like this. But then again, maybe the honorable councilors have learned their lesson from a 70’s Manila politician who famously said, “What are we in power for?”

Anyways, in the unlikely event that the honorable Baguio officials will reconsider their decision, let us suggest better ways of using that P20 million. Feel free to add your suggestions in the comments but here’s our initial list:

1. Create livelihood opportunities for Baguio’s college kids so they don’t have to prostitute themselves during exam periods to raise money for tuition fees.

2. Use the money to improve the city’s water resource management as well as it sewage system.

3. Give the money to the Baguio General Hospital. Public health needs all the money that it can get.

4. Create livelihood opportunities for those old beggars as well as those who make a living by posing in their native garbs and charging fees to tourists who take their pictures.

5, Create better livelihood opportunities for the garbage scavengers of Irisan.

6. Use the money to stop the uglification of Baguio.

7. Use the money to build a decent public library in keeping with Baguio’s image as an educational center.

8. Use the money to plant more pine trees or to support the Bantay Busol movement.

9. Use the money to support Ramon Dacawi’s consistent fund raising efforts (like this one) to help people in need of good samaritans.