Ha! And you thought we will no longer bore you with more election coverage. Well this one is too good to not blog about. It’s kind of like the case filed by Joe Molintas vs. Morris Domogan.

PPCRV denounces vote-buying in Mt. Province
From the PIA 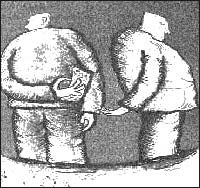 Baguio City (31 May) — “The Parish Pastoral Council for Responsible Voting-IBP Legal Network for Truthful Elections (PPCRV-LENTE) denounces and condemns the massive vote buying in various forms, and other election irregularities perpetrated by candidates and their political henchmen in practically all barangays in the Mountain Province,” PPCRV coordinator Fr. John Marion Buyagawan said in a statement issued today.

“Earlier on the campaign, cellular phone cards bearing the initial of a congressional candidate, were distributed for free to the youth campaigners. In the barrios, ‘ato’ people and clans were encouraged to have reunions and were given money for pigs, rice, ingredients, and drinks,” said Buyagawan.

The PPCRV official bared that barangay officials and campaign leaders “were given at least P30,000. Some two or three days before election day on May 14 these officials or campaign leaders were given P50,000 or higher, depending upon the number of voting precincts covered, for distribution to the voters, in various amounts: P200, P500, P1,000. Each watcher per precinct was also given P1,500, plus P500 for food; P500 each for assistors, and P200 for leaders. In some barangays, most if not all the voters were appointed leaders, assistors or watchers.”

“Initial reports also revealed that on election day in at least two barangays in the province, voters were herded into “vote buying stations” where they were given drinks and money, and were urged to vote for an incumbent high government official. 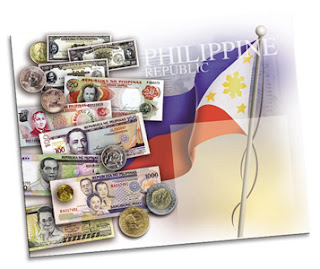 “In Paracelis, a special election may be conducted due to ballot box snatching. It was already learned that voting in about 50% in the municipality was supervised by board of election inspectors whose composition was questionable. In Sagada, a disqualification case was filed against a mayoralty candidate on charge of vote buying, while in Betwagan, Sadanga, ballot boxes were snatched and burned.

“Now that elections are over, there is a big job to do. Let’s work together in our quest for peaceful, clean and honest elections in our province. We urge democracy-loving individuals who personally witnessed those anomalies to come out to the open and execute affidavits in order that appropriate cases maybe filed against perpetrators of election fraud.

Our take: Wow! Really wow! Mt. Province politicians are really becoming icky, no? The longest serving is of course the ickiest one. To you vote buying politicians, may you and your families live in penury forever after your term ends. And may others take advantage of your poverty the way you are now taking advantage of the poverty of your kailiyans. (Boy, we don’t want to become negative in this blog but vote buying is really becoming a serious problem in the Cordilleras so we can’t help being negative.)