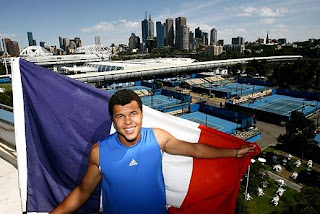 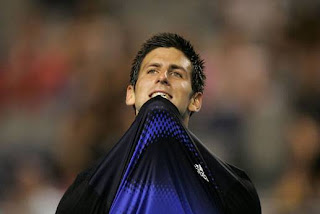 Were you, like me, disappointed when Roger lost? Let’s not be bummed too much though. A good run does end sometimes and I do not think Federer, with all his titles and millions, is getting drunk because he lost. It’s about time too that other players have Grand Slam titles of their own. Adi tako bokodan di gawis (rough translation: Let’s share the good things) as we iSagadans say. 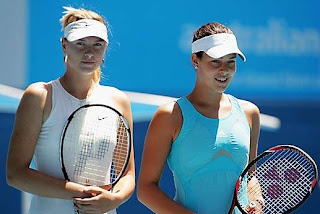 On the women’s side, wow that was a dream final. Especially for teenage fan boys with raging hormones. I was hoping Ivanovic will win but Sharapova is the better player during this Open and deserved the title. His dad is annoying during the whole tournament though. How can you solve a problem like Maria’s dad, no?

By the way, based on our Google visitors keying in “Tsonga Filipino”, it seems like I’m not the only one who wondered about Tsonga’s ancestry. It’s that hyphenated, double first name more than anything else that makes one wonder. Paano kasi, ang hilig ng Pinoy gumawa ng combination names like that. Anyways, to you Google visitors, Jo-Wilfried has no Filipino blood in him. That’s according to wikipedia and our resident tennis expert, Wil Reyes.