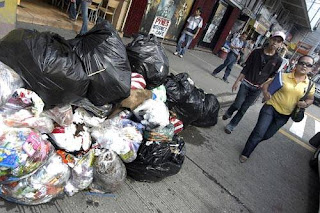 We haven’t been doing any roundup for sometime now so we think it’s high time to do it again. Here goes:

More Chris and Charlie: Remember our kailiyans who are in contention to become the “King of Filipino Migrant Workers in Korea? We blogged about them here. We hope that you followed Layad’s example and voted for either of the two here.

We have more information about Chris and Charlie courtesy of Grace Fikingas of Cordilove:

Charlie Pawilen is from Baguio City. And his motto is, “Never be afraid to try things that you will fail. Learn from your failures than your successes.

This is the first time that CBO is fielding an FBI (Full Blooded Igorot) candidate in searches like this.

Please vote 24 hours everyday and pass the request around.

Thanks Grace for the additional information. So keep voting folks!

Another Cordi Province?: Bago Igorots are advocating for the creation of a new province comprised of municipalities populated by Bagos in Ilocos Sur, La-Union, and Abra. We think this is a good idea but it will be quite a challenge to convince the three provinces to let go of their towns. Read the report by Dexter See here.

This will be a test of Baguio Rep. Mauricio Domogan’s political influence beyond the Cordilleras. If he can convince his lowland colleagues to pass a law creating a Bago province, we will put him back to our “list of good politicians” rather than in the “Gloria factotum list” we have sadly placed him in.

More Harassment: The harassment of human rights workers and activists continues in the Cordilleras. Joe Cawiding has been arrested for “alleged involvement in an ambush against army forces in 2003.” More at Northern Dispatch.

More Dump: Really Baguio folks, how hard is it to segregate your waste? Are Baguio residents really that hard-headed that they won’t segregate their garbage or did this garbage crisis arise because of lack of information and coordination? And do we need Japanese folks to teach us how to clean our city? For shame! More here.

More Murders: Will the Abra killings ever stop? Eight deaths in six days? We don’t know what to say anymore about this continuing violence. More at Abrenian.com.

More Good Works: UP-Gimpong is celebrating its anniversary by organizing activities like quiz bees, film showings, etc for the Tabuk City youth. Kasta man nga u-ubbing. These UP-Gimpong students have a lot to teach to those Baguio youth gangs who are into grenade throwing. More on the UP-Gimpong activities at Kalinga Tambayan.

Meanwhile, Bontoc OFWs in Hongkong are supporting the programs of the Bontoc local government by sending home books, video cameras, laser printers, as well as “boots, gloves, and respiratory masks for the protection of the untiring garbage collectors”. Kasta man nga kailiyan. More at Mt Province.net.

More for the Youth: Ifugao establishes a center for youth offenders and draws up a comprehensive youth program geared towards “making the youth effective and pro-active in the over-all efforts for development”. Details at PIA-Cordillera.

More Mines: Apayao Governor Elias Bulut welcomes likely mining investors. Read the report at the Baguio Midland Courier. Governor, don’t wash your hands like Pontius if some of your communities eventually turn out to be like Kasibu, Nueva Vizcaya.

Less BLIST: Looks like our kailiyans in Sablan and Tuba are not convinced that this BLIST idea is good for them. Maybe it will turn out to be BLI (or bleh) rather than BLIST. More at Northern Dispatch.
*****
About the Photo: The above picture of one of Baguio City’s current main attractions was taken byAndy Zapata. And then we stole it from baguiocity.com.

4 thoughts on “Roundup: Around the Boondocks”