Here’s the 15th installment of our List of Achievers. If you have not yet seen the previous lists, you can read them by clicking here. Be sure you continue to click at the “Older Posts” link which you will find at the very bottom of the page.

YOUNG ACHIEVERS
Hester Docasao Umayam: Placed fourth in the Intel International Science and Engineering Fair (Intel ISEF) held last May 2007 in New Mexico. Her winning project is entitled “Ethnomathematics in the Geometric Patterns in Woven Fabrics of the Indigenous Kalingas in the Philippines.” Our kailiyan used mathematical techniques in analyzing the cultural significance of patterns used in fabrics woven by iKalingas. More here and here.

Paulo Avelino: He did not bag the top plum but he did end up with a respectable ranking (7th-8th place) in GMA-7’s popular Starstruck artista search. This is quite an achievement since more than 10,000 artista hopefuls joined the search. You might want to visit our previous posts on him here, here, here, and here. Or visit his blog here. 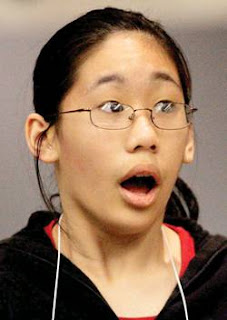 Blessing Taclobao: Twelve year-old Blessing topped the the 2007 Rio Grande Valley Spelling Bee contest (story here) and this earned her the right to compete in the National Spelling Bee held last May in Washington DC. More about Blessing here and here. 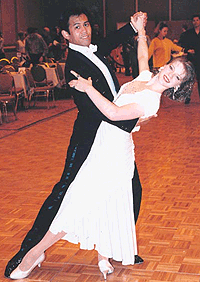 Ray Bugnosen: In an earlier post, we asked whether Ray is an Igorot and a helpful commenter affirmed that he is so we are officially including Ray to our List of Achievers. Ray is a former American Rhythm Dance Champion, founder of the Ballroom Dance Company, and in 2002 was named as DC’s Salsa King. More about him here and here.

Samuel Dangpa: Samuel Dangpa produced the films Sabong di Kada (Flower of the Mountain) and Din Sungbat (The Answer) which, as some of you pointed out in the comments here, are Christian videos filmed in the vernacular. Samuel became a film maker by accident and he decided to do it full time after his video of the 1990 Baguio earthquake won the top prize in a contest sponsored by Coca Cola. More about Samuel here.

ATHLETES
Brendaley Bayacsan: In October 2004, Brendaley became the first Filipina to bag a medal (bronze) in the Muay Thai Queen’s World Cup. According to Sunstar, “Bayacsan won by points, almost knocking down her Thai counterpart in the middle part of the second round, who was given mandatory eight counts by the referee, yielding the bronze medal to her favor.”

Billy Alumno: Billy won the country’s only gold medal during the 2005 Muay Thai Asian Indoor Championships. More about him here and here.

Marvin Sicomen: Wushu athlete Marvin Sicomen kicked his way to a silver medal during the 2002 Busan Asian Games. Other kailiyans who also won medals in Busan are Rexel Nganhayna (silver) and Edward Folayang (bronze). We already included Rexel and Edward to our List in this post.