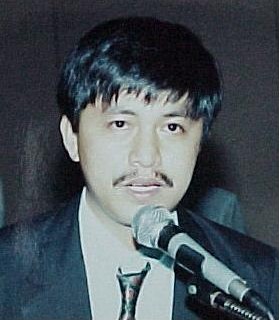 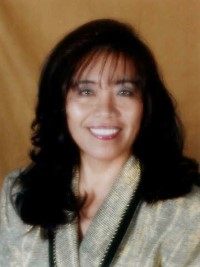 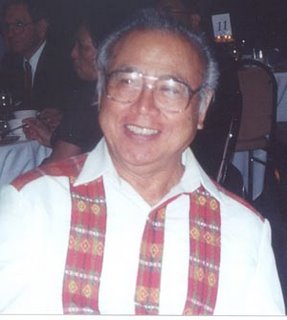 1. Flying General: Brig. Gen. Pedro Baban (Philippine Military Academy, Class l940) of La-Trinidad, Benguet is the first Igorot/Ibaloi to hold the rank of a general in the Armed Forces of the . He also holds the distinction as the first Igorot pilot; he joined the Philippine Army Air Corp upon graduation from the PMA. General Baban is a World War II veteran who saw action in the liberation of Benguet. Source: Cordillera Online. Read more about General Baban here.

2. Mr. Philippines: Bodybuilder Fernando Faroden of Sadanga, was crowned Mr. in 2003. He was also the winner in the Musclemania Philippines contest in 2001. Seems like Sammy Ayochok has inspired lots of Igorots to take up bodybuilding and they appear to be doing really well in competitions. Nothing beats the Igorot physique no? Source: Sunstar

3. Peace negotiator: Silvestre Afable is the government’s chief peace negotiator with the Moro Islamic Liberation Front. Afable hails from and is of Ibaloi/Kankanaey/Japanese ancestry. We hope that he helps us find a just and lasting peace in . Read more about Afable here and here.

4-7. Winning unicyclists: Angie Guinid of Lagawe, Ifugao bagged two silvers and a bronze medal during the 11th Unicycling World Championships held in . She was reportedly dressed in Ifugao attire in one of her medal-winning performances. For the 12th Championships, Guinid headed the Philippine team to and coached an Ifugao team (Alayka Guinid, Terry Butuagan and Dylan Guinid) which won a bronze medal. Angie is the President and co-founder of the Filipino Unicycling Network (FUN – ). More about Angie and Ifugao unicyclists here and here.

8-10. Medal winning skills: For Ceasar Magalong and Espirita Balao-as of Balbalan, Kalinga and Ventura Ambong of Pinukpuk, Kalinga disability is not an obstacle to success. The three brought home gold medals from the 2005 Abilympics National Skills Competition. Magalong topped the tailoring category, Balao-as won her gold for dressmaking, while Ambong was the best in the electronics category. All three are self-employed and have gained expertise in their respective fields. Source here.

11. Progressive voice in the Catholic Church: Retired Bishop Francisco Claver of Bontoc, Province is a prophetic voice within the Catholic Church and is a leading advocate for peace, social justice, and non-violence. He was appointed as the first Bishop of the Prelature (now Diocese) of Malaybalay in Bukidnon in 1969. From 1995 to 2004, he served as Bishop of the Vicariate of Bontoc-Lagawe. You can read an article about Bishop Claver and other progressive Catholic bishops here. And here’s a paper he wrote on the encounter between the Gospel and the values of indigenous peoples.

12. Doctor to the barrios: Dr. Felixberto B. Ayahao of Kiangan, Ifugao received the prestigious Jose Rizal Memorial Award from the Philippine Medical Association for “going back to the mountains to serve his own people.” After he passed the medical board exam, he volunteered to work without pay as a rural doctor in far-flung barrios of Lagawe. He is now teaching in . Source: Ifugao.org.

13. Poet: Jocelyn Noe is a nurse by profession but she also excels in poetry. In fact, she won awards for her poems which, not surprisingly, have a distinctly Igorot feel and color. Outskirts Press recently published her book of poems, Serendipity. Jocelyn is from Mt. Province but is now based in Florida, U.S. Read more about Jocelyn here.

14. Organizer: Rex Botengan led the formation of the biennial Igorot International Consultation (IIC) and the Igorot Global Organization (IGO). Both the IIC and the IGO have been in the forefront in presenting a positive Igorot image to the world. A memorial was built in Botengan’s honor in the Parish of Holy Trinity and St. Benedict, a Filipino Episcopal congregation in . More about Botengan here.