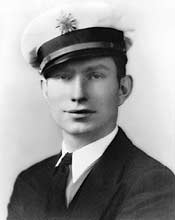 Who is Ron Hubbard? Well, you can pick from any of the following choices: a) messiah, b) con artist, c) child prodigy, d) liar, e) religious leader, f) cultist … etc. etc. He is a controversial figure who started the Church of Scientology.

Whether it is a church is being debated but we are not here to join the debate. Go to wikipedia to read more about L. Ron (let’s call him that okay).

Anyway, L. Ron wrote a lot of books and he made a lot of claims about himself (his accomplishments, his educational achievements, his military career, his travels as a young man, etc. etc.) that have been questioned by his critics.

One of his books, Scientology: A New Slant on Life, which I didn’t read because I don’t have a copy, mentioned something about Igorots which should, of course, interest all of us. Anyway, this is what L. Ron wrote:

I remember one time learning Igoroti, an Eastern primitive language, in a single night. I sat up by kerosene lantern and took a list of words that had been made by an old missionary in the hills of Luzon, Philippines. The Igorot had a very simple language.

This missionary phoneticized their language and made a list of their main words and their usage and grammar. And I remember sitting up under a mosquito net with the mosquitoes hungrily chomping their beaks just outside the net, and learning this language – three hundred words – just memorizing these words and what they meant. And the next day I started to get them in line and align them with people, and was speaking Igoroti in a very short time.” — Source: this site.

L. Ron, you super genius! Wow. Really. You learned our language — which you called Igoroti, I’ve never heard our language called that before but what do I know — in one night. And you were speaking Igoroti the very next day. L. Ron, my boy, you deserve a medal for your achievement. What a scholar! Calling all Cordillera politicians (Congressman Dominguez, Congressman Domogan, Congressman Wacnang) let’s give L. Ron a medal for learning our primitive language — all 300 words of it — while mosquitos were buzzing over his head.

Anyway, the pictures above are of L. Ron’s; one during his latter years and the other during his teens when he supposedly learned Igoroti. I’m not quite sure whether he was visiting the Cordilleras when he learned Igoroti but in case he was, some of you might have met him during his visit. So take a good look at him in his teen years, imagine what he would look like when he’s in his 60s, recall your memories, and try to remember if you ever met L. Ron and if you ever talked to him in Igoroti. If you did, From the Boondocks is holding its breath hoping that you will share with us your account of the meeting.

While we are waiting, here’s a message for our friend, L. Ron (well, I know he’s dead but he might be alive in another planet): Dan baken kapapati nan aped mo kankanan. Men bulbulastog ka met ah.

For the sake of those who don’t understand “Igoroti”, our message to L. Ron could be roughly translated to: Liar, liar. Pants on fire.