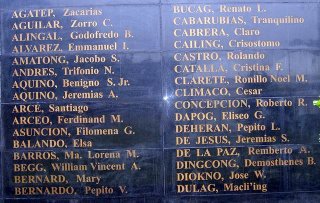 As we said in an earlier post, Jennifer Cariño and Pedro Dungoc are also honored in The Wall but their names were inscribed later.