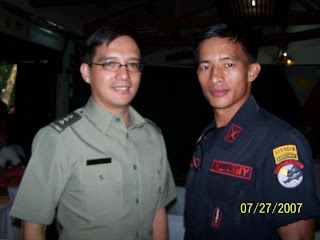 Dante is the “crush ng bayan”. A number of reporters have a crush on him. He is the most requested to pose for souvenir photo by guests. 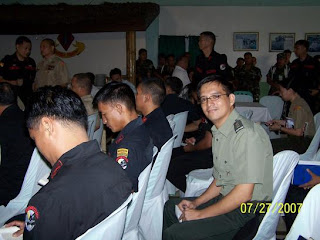 Dante and Ruben are still in prison while Gloria, the woman who cheated her way to the presidency, is gallivanting around and spouting inanities. More from Ellen about our kailiyans:

These two men are admirable. I mentioned to them about your blog. They don’t have internet. Maybe I can print out items in your blog about them.

The wife of Gino (Capt. Guinolbay) gave birth last month. I forgot if it’s a boy or girl. Life goes on for them despite their incarceration.

By holding on to their principles, by standing firm for what they believe is right, their years are not wasted.

The last sentence above is Ellen’s response to our comment where we expressed sadness that the lives of these young men are being wasted in prison. It feels good to be wrong in this regard; on second thoughts, we agree with Ellen that their lives are not wasted because they are standing firm.

Since Ellen has graciously volunteered to print something from this blog, those of you who found us by googling Guinolbay, Ruben Guinolbay, Capt Guinolbay, Guinolbay Ifugao, etc. might want to send him messages through the comments section. 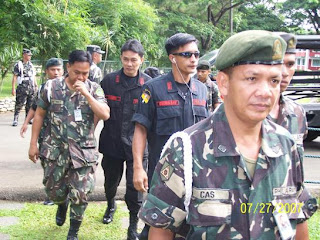 By the way, Captain Guinolbay appears to be as popular as Marky Cielo based on blog visitors who come here through search engines. We don’t have search numbers for Captain Langkit but that’s only because we just started blogging about him. Baka marami din siyang googlers kasi crush ng bayan pala siya 🙂 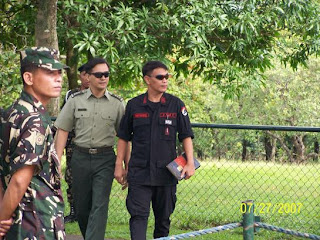 Hopefully, our “mutineers” will be out of prison and Gloria will be inside one the next time we blog about them. And we hope it doesn’t take forever and that it does happen before Gloria’s term ends. Wishful thinking ba? Hehe.

In case you want to be updated on what’s happening on the ongoing trial of our kailiyans and their fellow officers and soldiers who are incarcerated, you should check out Ellen’s blog because she has been reporting on this issue despite the libel suits and the threats from the powers-that-be. Mabuhay ka Ellen and thanks much.