On the Uglification of Baguio 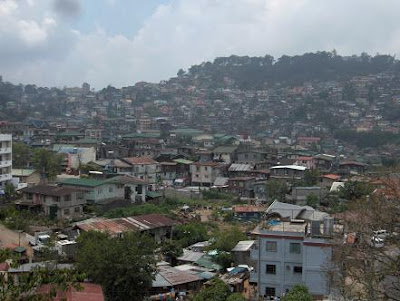 It’s internal immigration that destroyed Baguio. You see,during the times when Bagui was dominated by Baguio people(Ibalois and pre war immigrants) life was simple, peaceful and comfortable..when the immigrants came.. everything went haywire.

The once discriminated people are now one of the most progressive in the country. In fact half of the tourists go to the Visayas, Cebu in particular.

That is why I hate Yaranon. He gave the ambulant vendors tolerance permit to sell in the sidewalks. Hello, may stalls naman ang Baguio for the ukay ukay. Why don[‘t these people settle there. Pilipino nga naman..nagrereklamo sa corruption eh sila rin ang corrupt. I mean, unfair naman yung sila binigyan ng tolerance permit tapos yung mga legal stalls ay ang bigat ng bayad sa tax. That’s why I sympathize with the LEGAL meat vendors in the city market. The problem with the lower class naman is that they’re using “poverty” as a front to escape their social responsibilties. Kung ganyan, talgang magiging pooor sila forever kasi they will never know the “art of management”. It’s not that I am against helping the less fortunate..but this is not the right approach. Spoiling them is not the way.

6 responses to “On the Uglification of Baguio”