From the Boondocks is an equal opportunity blog. That means that our series, The List, is an equal opportunity list. In other words, we will include anyone regardless of their political convictions (leftist, rightist, centrist, communist, Arroyo-ist, Erapist, political opportunists, etc.) for as long as they are achievers, or stood up for something, or served the and its peoples. Okay, maybe we will not be including political opportunists if their opportunism is what defined their life and their career. But if they have done at least one good thing for the region that was not motivated by personal gain, then we may consider them. 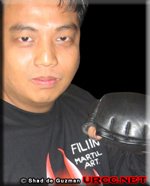 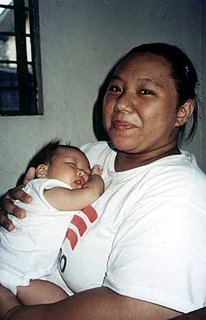 Who is Rey Tam? To answer that question, let us devote a whole blog entry of The List in his honor. Rey Tam is an Igorot boxer who was once ranked No. 1 in the superfeatherweight division by the World Boxing Council (WBC). I never heard of him until I came across his name in the website philboxing.com. His story is fascinating and the article about him by Quinito Henson is beautifully written. In true internet style, I copied the article and pasted it here for all of us. I hope that his story will inspire other Igorots to take up boxing and, in honor of Rey Tam, win a world title.

Okay, let’s continue with our listing of Igorots that we should emulate. However, let’s now call it the List of Igorot Achievers or in short, “The List”. The title we originally proposed, List of Igorot Firsts to Emulate a.k.a. LIFE, really sounds silly and corny, so let’s settle for a simpler title.

So far, I have not come across any list that details the achievements of Igorots particularly those who, you know, did it first. Maybe we should come up with one and call it “List of Igorot Firsts to Emulate” or LIFE? Medyo korni ang title at acronym ano? 😉 This being the electronic age, this list is not written in stone. In other words, you can challenge it if you think an entry is questionable and if you have the facts to back you up.

Apart from the LIFE, I am also including a “nominee list”. The difference between the two is that the former contains entries who, we can say with some degree of confidence, really did it first. On the other hand, the nominee list contains those whose achievement still have to be confirmed by other, preferably official, sources. You are also invited to nominate anyone who you think should be included. Let us make this a project to show the younger generation that they have models to admire and, more importantly, to follow.

Read moreList of Igorot Firsts to Emulate or "LIFE"