And Then the President Came to Town (Part 2) 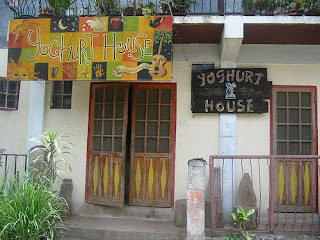 GMA ATE HERE. YOU SHOULD TOO!

Despite the fact that Gloria’s visits are unlikely to be considered among Sagada’s top events of the year, her visits usually do become a conversation topic when people come together as a group. What I find most interesting in these conversations is that nobody appears to have been awed by the President’s presence. So there’s been no “Wow, I saw the President!!!” kind of reaction. The reaction is mostly like, “Ho hum, yeah I saw the President.”

I think this is partly due to the fact that iSagadas (and all Igorot groups for that matter) are really not the kind of people who get starstruck when they meet a celebrity. It is also partly because Gloria herself does not inspire awe. Nothing is really compelling about her that would make one feel that one is in the presence of greatness. 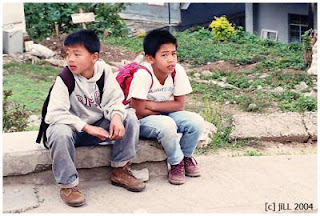 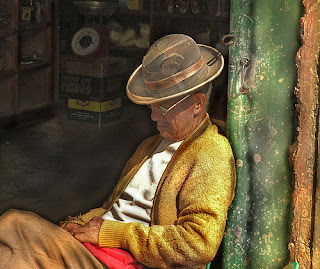 Bill Bilig’s IMAGINARY conversations. Please note that this is only a product of my imagination. Also, the pictures were not taken during the President’s visit. This exercise is to merely illustrate a point 🙂

First Sagada boy: Ine, aped de-ey kano si Presidente id baba et. (The President is said to be down there.)

Anyways, what did Gloria do when she was in Sagada? Here are some things that people say she did. My comments outside the quotes.

“She caused traffic.” — Gloria made her visits during Sagada’s peak season, a time when vehicle traffic becomes a problem for the town’s narrow roads. The President’s presence understandably adds another layer of traffic.

“She went to Sumaguing Cave but didn’t really enter the cave. She only went to the entrance. Pasado was her official guide.” — Pasado is former Sagada Mayor Tom Killip, now the Presidential Assistant for the Cordilleras. With such a fancy title, I hope he is actually doing more than just coordinating the President’s Cordillera visits. 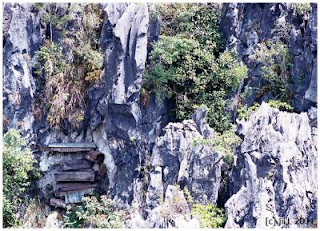 VIEW AT THE RIGHT TURN CAFE.

“She kept waving to people but people were not waving back. In fact, a boy at the basketball court playfully aimed a slingshot at her while she was waving.” — He he. Boys will be boys.

Here are some quotes related to the President’s visits:
“I hope she makes her visits during times when we are not busy.” — This is a quote by an official. December is a busy month in most parts of the world but it may be busier in Sagada because this is usually the time when people get married.

“In Bontoc, we were worried that some activists would unfurl a banner protesting against the President.” — Too bad, they didn’t. That would have been very newsworthy.

There you have it. This just about sums up Gloria’s Sagada visits from the point of view of iSagadas.

RELATED POST: And Then the President Came to Town, Part 1. PHOTO CREDITS: German Nelson Laurente for the Yoghurt House; Jill Lejano for the hanging coffins/rock formation and the Sagada boys; and Pacocruise for the sleeping Sagada man.