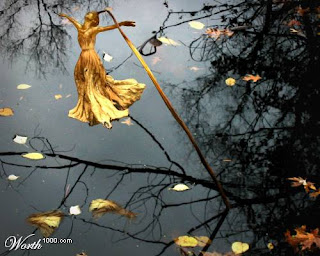 Chi Balmaceda Gutierrez gives us some background on the “uglification” of Baguio. Chi has a blog here and a photo site here. Thanks Chi for sharing your thoughts on this issue.
—-
Chi Balmaceda Gutierrez:
When Steve Hamada coined the word ‘uglification’ for the Skylandnews — (which was popularized later by his cousin Jack Cariño, Skylandnews publisher, for the 2007 elections) — the term didn’t at all pertain to the congestion of Baguio per se.

What was being alluded to, first and foremost, was the proliferation of kitsch (objects/realities/ manifestations borne out of taste worse than “baduy.” Bad-uy, take note of the etymology. Ha-ha).

Precisely, both of them meant it as “the over-commercialization of every single square meter of land in the city.” (Go figure the implications, greed, even corruption…).

Moreover, the basic challenge relies in the sensibilities of people governing the city for the longest time. Dominant among those elected are lawyers irredeemably steeped in legalese.

Just ask yourselves Jack’s election ditty: “Where have all the flowers gone?” and re-think your own roles in the life cycle of a single bud of flower or tree.

It’s a shame that lowland La Union’s Botanical Garden and Ilocos provinces plazas are better off than Baguio’s. That’s how most Baguio residents have taken for granted the mountain town’s splendid natural gifts.

Just because the prototype Metro Development models are creating blunders doesn’t mean the same experiences would be replicated. The Hundred Monkey Phenomenon would be put to shame if that happens again and again.

The bottomline at the end of the day is the kind of consciousness pervading the so-called critical mass.

15 thoughts on “Chi Balmaceda Gutierrez on the Uglification of Baguio”