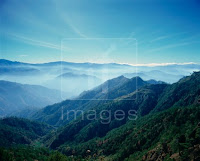 SOMEWHERE UP THERE, A REBEL SURFS THE NET

JUST BECAUSE YOU CAN’T VISIT AN NPA CAMP DOESN’T MEAN YOU CAN’T READ ABOUT IT. In a long but interesting article, Rudy Liporada writes about his visit to a New Peoples’ Army (NPA) camp somewhere in the Cordilleras. Some tidbits: Our communist kailians have internet, they have a crude gym, they know martial arts, they have hydro-electricity, and they eat yummy wild boar meat. That last one, rather than ideology, just might convince me to join them. That’s a joke but who of us wouldn’t want a taste of wild boar? Read the article at Bulatlat.com.

MEANWHILE, THE SMACKFEST BETWEEN THE MILITARY AND THE NPA CONTINUES. Did the rebels burn a school in Natonin, Mt. Province? Military via Philippine Information Agency (PIA): “Yes they did.” NPA via Nordis: “No we didn’t.” Did civilians in Boliney, Abra protect some soldiers from an impending attack by NPA rebels. Military: “Yes they did.” NPA: “There’s no such thing. You pathological liar, you!.” So who won in this public relations battle. Our verdict: It’s a tie. You might want to read more about the two sides’ battle for public sympathy in our earlier post, The Rebel vs. The General.

BAGUIO CITY COUNCIL TO TELCOS: FIX THOSE WIRES, DAMN IT. We criticized the Baguio City Council for forcing businesses to have English signs. Now, let’s applaud the body for telling communication companies to fix the ugly “spaghetti wires” that snake around the city. If the companies do not comply, maybe the Council should just hang the owners in those wires. Well, if the owners of Piltel, etc. continue to endanger the public, wouldn’t it be interesting to see them dangle up there in the air. No, we won’t hang them to die. We’ll just hang them for say, five minutes, just so they learn their lessons. Read more about the Council’s action here.

UGLY POLITICS. A bar/restaurant at the Casino Filipino in Parañaque operated by our kailian Gina Lumauig, daughter of former Ifugao Rep. Bert Lumauig, was recently closed by the government. Why, you ask? Inquirer columnist Neal Cruz speculates that it may be because of the sibling rivalry between Lakas and Kampi. Former Rep. Lumauig is the spokesperson of Lakas, the party of former President Fidel Ramos. Kampi, meanwhile, is the party of The Female Version of Gollum (TFVOG). The two parties are allies but that doesn’t mean they can’t bite each other. TFVOG’s party has the upper hand now because she is in power. I guess the Lumauigs will have to ride this out until the table turns. Read Neal Cruz’s column here.

HURRY, BEAT THOSE DUCKS BEFORE ANIMAL RIGHTS ACTIVISTS LEARN ABOUT IT! The town of Rizal, Kalinga will have a Pinikpikan Festival on March24-25 the highlight of which will be “the simultaneous preparation and cooking of pinikpikan, street dancing, and an agro-industrial fair.” About 2.000 ducks are reportedly ready for the festival. Now, am I the only one who didn’t know that ducks can be “pinikpikanized”? Because ducks are sturdy birds, I thought they can only be killed by driving a nail (or any sharp object) through their ears? Read more about the festival here.

SOMETHING FISHY IS GOING ON. If the allegations against President Nieves Dacyon of the Mt. Province State Polytechnic College (MPSPC) are true, then she must have been doing lots of fishy things. If the allegations are not true, then those making the allegations are doing something fishy. If both sides are fishy, maybe we should drop them all at the Bontoc bridge to see whether they can swim as well as the eels in the Chico River. Read about the complaint against the MPSPC head here.

ABRENIANS MARK LATE CONGRESSMAN’S BIRTHDAY. From the Manila Standard: “At least eight Abra town mayors and their political followers attended the mass at the Bangued church and the offering of prayers at the cemetery where Bersamin lies.” More here.

PUBLIC LIFE AND SERVICE. Gandang Igorota wrestles with the complications of politics and public service. Quote: “For nine years, one of us has been constantly pestered with nonsensical and baseless lawsuits. The family has been relentlessly beleaguered by unsubstantiated accusations and black gossip.” It’s not all negative though so make sure you read the whole article here.